The Canon 6D Mark II is rumored to arrive soon! 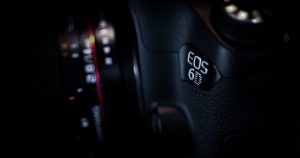 When the Canon 6D arrived back in 2012, it was an exciting addition to the full frame range, lowering the entry range into the full frame segment and opening the full frame category to many a photographer. Its been 5 years since, and the market is more than ready for a 6D Mark II as of now, and that is exactly what is to arrive in June, if rumors are to be believed.

According to ‘CanonRumors’, the 6D Mark II is all set to be released in July, just a couple of months from now. It is also believed that the company will start shipping soon after release, which means you could have your hands on the body no later than say August 2017.

As with most camera and lens release dates, there could always be a last minute delay, but we are guessing its a safe bet to start saving for a new camera body about now, if you are looking forward to the 6D Mark II.