Understanding the Quality of Light 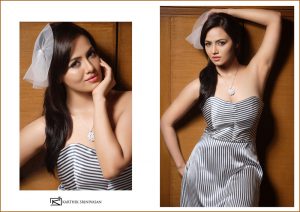 The word ‘photograph’ literally means a ‘writing in light’ (photos-graph). While you learn exposure, you are probably concerned only with the intensity of light. The quality of light however is a different ball game!

The main terms you will hear again and again about the quality of light are ‘soft light’ and ‘hard light’. Someone with even a little studio exposure knows that a soft box creates soft light, while if you remove the diffusing cloth or the soft box altogether, the light becomes hard. That is true, but you should also know how you can control the softness or hardness.

Lets start with a simple comparison of a room illuminated with a tube light as opposed to an old fashions bulb light. The tube light appears to give a much more pleasing effect, right? However, a bulb works much better for a street light scenario with a lot of mood. Thats exactly how you choose your studio lighting…try this simple experiment. You’ll need a room with a tube light and bulb as well. Switch on the bulb alone, and hold up your hand against the path of light – you see a clear shadow on the opposite wall. Now try the same with the tube light, and the shadow is no longer visible…this is because the tube light is a much larger surface, and every point on the surface of the tube light acts as an independent source of light. So, the shadow created by one point is instantaneously cut off by light from another point on the tube light. Read that sentence again, to understand it!

The soft box works similarly, creating soft, shadowless lighting. If you’ve understood so far, the rest should be simple. Its a comparison between a diffused light source and a point light source. The same soft box, or tube light for that matter; when moved to a distance not only decreases in intensity but increases in hardness! Yes, the same soft box when kept far away starts acting like a point light source, creating shadows. On the contrary, the closer the soft box is, the softer and more shadow-less is the light! Use this principle to get just the right feel on your portraits…

Check out the image of Sana Khan by Karthik Srinivasan, KAPA mentor (SAL 24-70mm (1/125sec, f/7.1, ISO 100). The skin of course looks flawless. While the model herself has great skin, and the styling is professional too, can you tell by the light and shadows, what kind of light was used in terms of quality of light?