Taking The World’s Fastest SD Card For A Spin 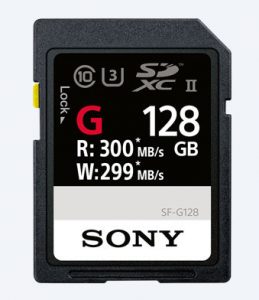 Hey Guys,
It’s been a while and I am back to share another experience, this time of a product that I recently had fun testing. Being an advertising and fashion photographer, I have often faced issues while shooting in continuous mode as the buffer would get full due to slow write speeds.

So when Sony mentioned that their latest SD card has a 299 Mb/s read and 300 Mb/s write speed, I had to personally check it out as it was too good to be true.

I tested out the SF-G series card on a Sony Alpha 99 Mark II which shoots at 12 fps and the results were absolutely beautiful.

There was absolutely no lag or buffer issues when I was shooting continuously and each frame was being written onto the card at almost the same speed in which it was being shot.

The SF-G series also comes with a specialised card reader that assists in files getting copied onto your system faster.

My verdict is that, this card is a must use for all professional photographers.

I have also made a short video of testing the SF-G Series SD card which you guys can take a look at to get an idea on how the card performs. You can view the video here